Looking for and finding the right dentist is not easy. At Lakeshore Dentistry, our primary goal is to insure our patients’ complete comfort throughout their dental care. We provide all types of general and cosmetic dentistry if you wish to improve the appearance of your smile.  We take pride in our team of dedicated health professionals.

Here is the team that has been taking care of families for over 10 years.

Dr. Kokilapriya Nagasundaram (Dr.Priya for short) is originally from India where she graduated with her degree in dentistry in 2001 from Dr.MGR Medical University in the city of Chennai. Afterwards, she moved back to her hometown where she practiced general dentistry for a couple years. Dr.Priya then moved with her family to Bahrain in the Persian Gulf. In 2009, she immigrated to Canada and challenged and successfully completed the National Dental Examination Board of Canada’s DDS Equivalency process. Later, she joined Greenwoods Dental Centre, Winnipeg as an associate dentist.

She is very informative and will always find a smile on her face. Aside from dentistry, Dr.Priya enjoys cooking, exercising and travelling with her family. Appointments with Dr.Priya can be made and she is accepting new patients and emergencies. 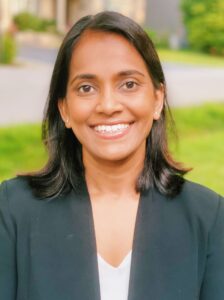 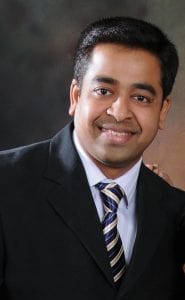 Dr. Nagasundaram Deivasikamani (Dr. Naga for short), was born and raised in India. He studied dentistry and received his degree in 2000 at the Dr. MGR Medical University in the city of Chennai. He went on to start his own practice where he served the people of his home town. In 2004 he moved to the Persian Gulf, and worked in a hospital as a dentist for almost five years. With his wife and 2 daughters, they immigrated to Canada in 2009. Two years later he attended The Schulich School of Dentistry at The University of Western Ontario for the restorative dentistry course. He sat for the National Dental Examining Board of Canada’s DDS equivalency process and successfully passed the examinations in 2012.

Dr. Naga and his wife moved to Winnipeg in 2013 where they both worked as dentists at Greenwoods Dental Centre. In 2016 Dr. Naga and his family moved back to Toronto, which they now call home. He spends his free time with his family, doing yoga, playing tennis, swimming and horseback riding.

We are proud to have our office here and to call Port Credit our home.